Going After the Dream with Victoria Murray

Victoria Murray has had a strong eye for discovering things that interest her and pursuing them wholeheartedly since she was a young girl. In the early 2000s, she watched her mother work as a webmaster and became intrigued by the design and creation of websites. Her school didn't have much to offer her in the way of design or web, so she took to learning the ins and outs of PowerPoint and designing her own websites on Google Sites. "When my family relocated to southwest Florida in 2012," Victoria says, "I went to a magnet art school and took every digital media course I could. I wanted to go to an art school and major in advertising art."

But as passionate as Victoria was about pursuing her interests, she also saw great value in pressing pause and taking time to explore the world. "I ended up doing a gap year program (UnCollege, now known as Year On) where I spent time volunteering abroad in Tanzania. I taught Adobe/Microsoft software at local colleges and taught computer skills (like touch typing and internet usage) in a juvenile retention center, as well as helping out in a nearby orphanage when I wasn't teaching. Then I moved to San Francisco for the next phase of the program, and that's when I learned about Make School."

Victoria explains, "During my time in San Francisco, I was living in the same dorm building as Make School students. I became good friends with many Make School students and got more acquainted with tech culture, and as a result my passions as a designer began to unfold into tech." 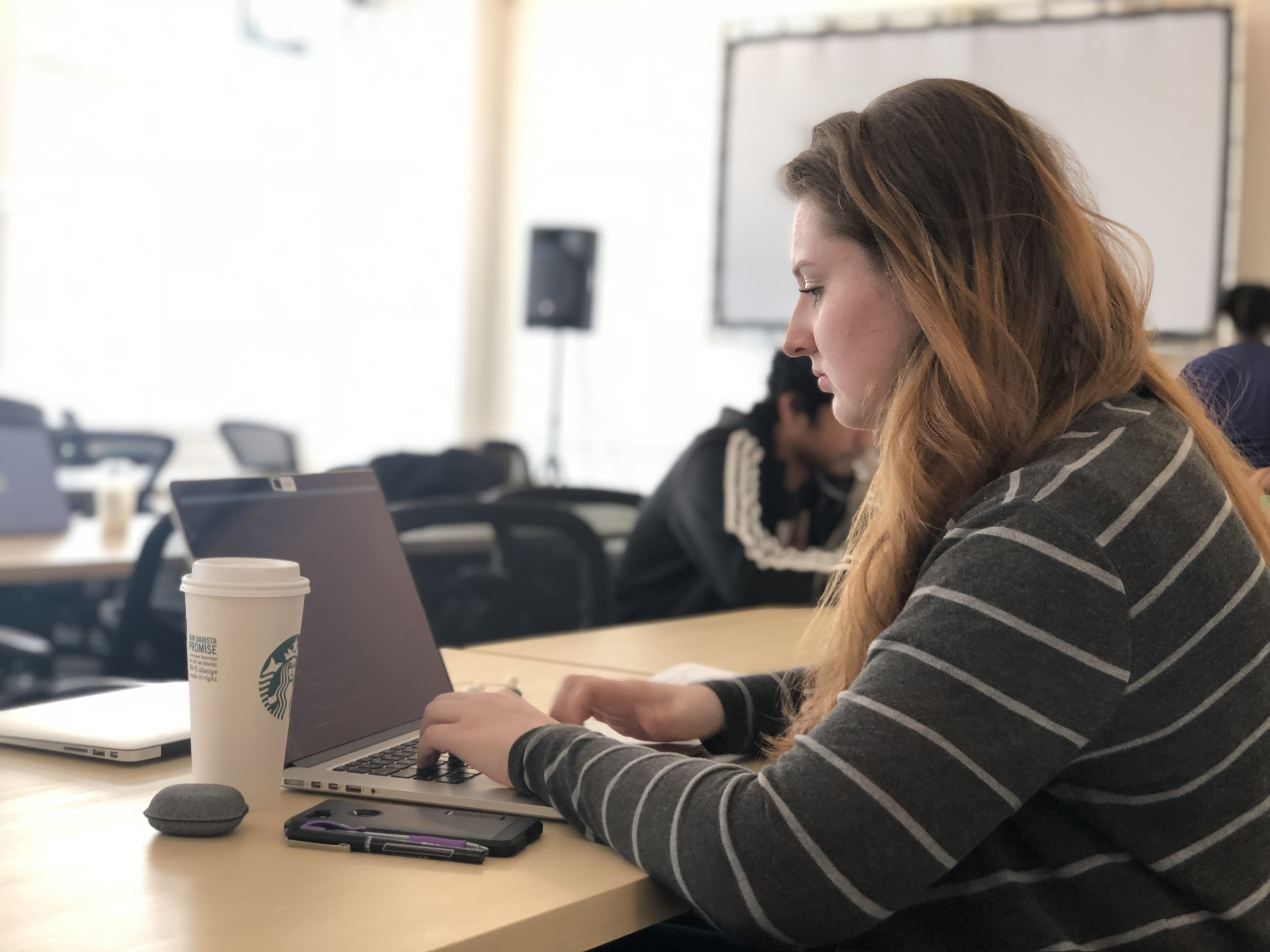 That's when Victoria dropped out of art school and applied to Make School's Bachelors in Applied Computer Science program. Just three weeks in, she and her classmates have built a MadLibs and Hangman program using Python. She's also been writing weekly summaries of what she's learned, her stressors, and her accomplishments that she plans to post on Medium.

During her time at Make School and beyond, Victoria hopes to play a role in connecting more of the world to more online and technical resources. She says, "Mark Zuckerberg's concept of connectivity as a human right is something I strongly believe in. During my time in Tanzania, I realized my passion for universal accessibility. If 54% of the world has access to the internet, not nearly enough companies are considering how to make their products and services available to people who only have access to lower-end (if any) smartphones, old computers, crawling internet speeds, and frequent power outages. I feel that everyone should be able to use any platform or product or service no matter what their social, economic, or infrastructural barriers may be. True universal accessibility."

Victoria adds, "In a world where companies like Snapchat still struggle to design for lower-end smartphones seven years after release, there are plenty of instances where a greater focus on accessibility could help everyone."

Looking ahead to what she expects to take away from Make School, Victoria imagines, "I think the most important thing I'm going to learn is an understanding of the industry. Traditional colleges don't prepare you with so many opportunities for real world experience. Our projects are our own products, we gain soft skills we'd never learn at college -- like communication etiquette in Slack and growth mindset. We network and gain real connections with people in the industry. Being in San Francisco, we have endless opportunities to continue to learn and prepare ourselves by having total immersion in the heart of tech culture."

Already, Victoria is making the most of being in San Francisco. "The building and location are incredible," she says. "It's amazing being so close to Union Square, and whenever I'm feeling frustrated with broken code or in need of a break, I walk around the neighborhood and take in fresh air and sunlight. I love having the freedom to step out of school into such a beautiful part of San Francisco and reset my mood, and then come back in, eager to get back to work."

"I also love having so many peers that I can approach for help," Victoria continues. "Make School really drives in the mentality that it's okay to ask for help, which is completely different from my previous college experience --- where asking for help was a sign of weakness. Having a community norm that encourages collaboration and asking for assistance was a complete game changer for both the pace at which I learn and how much learning I can absorb each day."

As Victoria considers her future career possibilities, she's interested in exploring a wide variety of roles. "Everyone wants to work for companies like Google and Facebook --- and I do, too! But I would actually love to get my hands dirty in some smaller startups before eventually shifting toward working for my long term goal, which has always been Walt Disney Imagineering."\ To learn more about Victoria's current and upcoming projects, follow her on GitHub, Dribbble, LinkedIn, and Medium.

Make School is a two-year computer science college based in San Francisco. The focus of Make School is product-based learning that prepares students for real-world careers in software development.

The Bachelor in Applied Computer Science program is offered by the Dominican University of California through an incubation partnership with MakeSchool.org.

Code of Conduct|Privacy Policy|Terms of Service